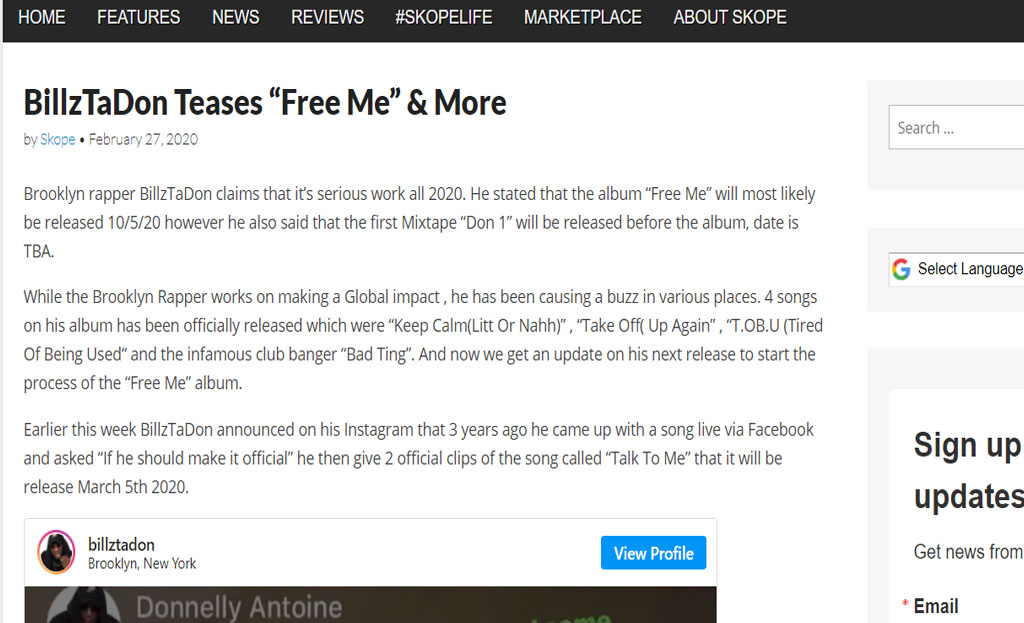 Brooklyn rapper BillzTaDon claims that it’s serious work all 2020. He stated that the album “Free Me” will most likely be released 10/5/20 however he also said that the first Mixtape “Don 1” will be released before the album, date is TBA.

While the Brooklyn Rapper works on making a Global impact , he has been causing a buzz in various places. 4 songs on his album has been officially released which were “Keep Calm(Litt Or Nahh)” , “Take Off( Up Again” , “T.OB.U (Tired Of Being Used“ and the infamous club banger “Bad Ting”. And now we get an update on his next release to start the process of the “Free Me” album.

Earlier this week BillzTaDon announced on his Instagram that 3 years ago he came up with a song live via Facebook and asked “If he should make it official” he then give 2 official clips of the song called “Talk To Me” that it will be release March 5th 2020.

Links to “Talk To Me”

Two more songs that also features on the “Free Me” Has been advertised and performed via his social media which are “I Got It” & “Louis Bag”. Tell us what you think of them , thus far the reviews have been outstanding. I will say that everyone should keep their eye’s on this artist for the work he is about to share with us.