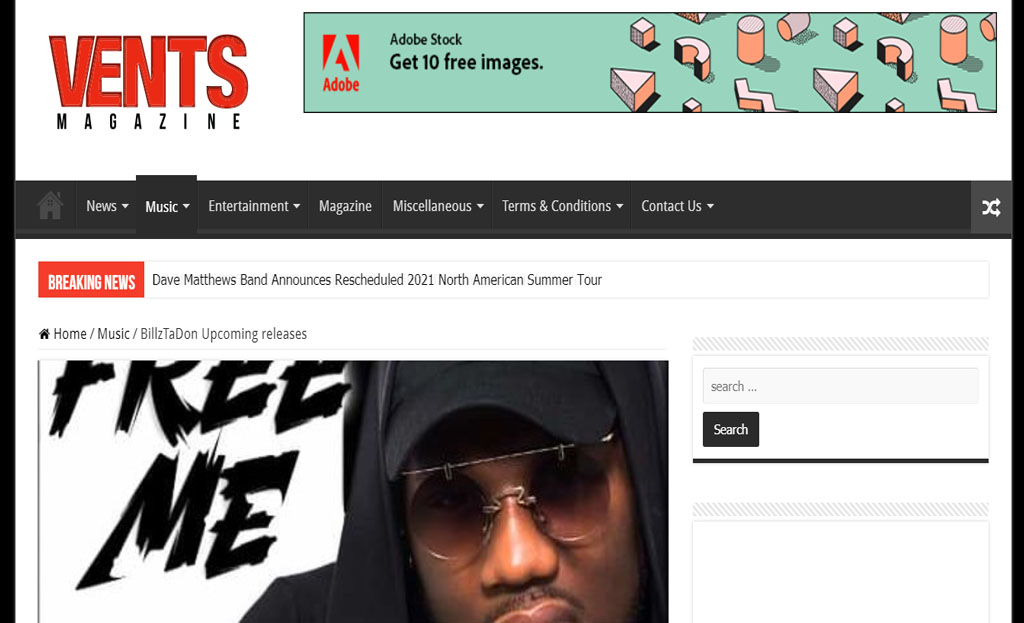 It would not be wrong to say that the name of  Billztadon  is no longer new in the world of music. Billztadon belongs to Brooklyn, New York but now he is administering on the heart of his fans from everywhere throughout the world. This emerging hip-hop artist has a separate fan list for his fresh new sound, rap anthems and music full of energy.

Music flows in Billztadon’s veins he has passion and dedication towards music. He is zealous about music from his early childhood, he used to rap over BET music videos also he recorded a freestyle on a free computer app in his school. Soon he became popular in his school after the release of his song with the passage of time the bond between music and Billztadon become stronger and stronger. He is not only a music artist but also a song writer, his self-written album goals to uncover the artist’s true self to the entire world.Moreover  he even performed at the Black Ink grand opening in Brooklyn.

Billztadon is newly rising music artist but his tracks have been placed on countless famous radio and television channels consisting of New Stylish, HOT97, VH1, MTV and Power 105. He worked hard in making a Global impact and finally he is succeeded for causing a buzz in various places by the four songs that are “Keep Calm(Litt Or Nahh)” , “Take Off( Up Again” , “T.OB.U (Tired Of Being Used“ and the club firecracker “Bad Ting”. His tracks had recorded so many good reviews from fans after which his fans kept their eye’s on this artist for the work he is about to share with them. The best thing about this artist is that you can access him anywhere on social media like youtube, facebook, twitter, Instagram, Spotify, apple music,soundcloud in short he is available on every platform.

As everybody knows about the pandemic (COVID-19) and the passing of George Floyd followed up with disturbances a lot of musicians have been face quite a light hard time. He has set Oct 5th 2020 will be the release of his album “Free Me” and before that will be the mixtape “Don 1” however he made some major changes to both and pushed the release for one which is “Don 1” to a later date.

A lot of his fans was desperately waiting for his upcoming album and finally the wait is over now.  Brooklyn upcoming artist BillzTaDon posted a video on his social media accounts that due to the current situations it resulted to him cutting some songs out the “Free Me” album as well as completely changing and delaying the “Don 1” mixtape. In the video he told all his fans that  he is continuing to release the album October 5th 2020 and 5 other songs will be released from July to September. His forthcoming single and release dates are given below:

Links to the 3 New Releases

Links to upcoming records till August below via Apple Music